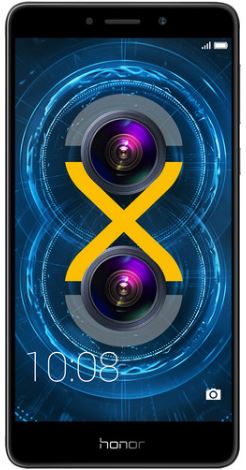 If you are looking for a Cheap midsize Phone that is Current and off contract the Honor 6x   is the phone to get.It is going for 249.99 USD on Hihonor,Newegg and Amazon..

B&H is offering a better deal(Honor should have done this first),By purchasing the phone through them you get a sweet Deal.Not one but two sweet accessories namely the  JBL Synchros E40BT headphones  + Asus ZenPower Pro 10.050 mAh battery pack.The Price is still going to be USD 249.99 but you get 134.00 in Free Accessories.

Heck if you don’t want or have no use for the accessories, they make a Great Valentines Gift Stuffer or sell them.I might also suggest shipping the extras to my Address.

Anyhow if you do decide to buy the Honor 6x B&H is definitely a better place to buy From.There are no discounts for the phone you have to pay the Full Price of USD 249.99.

The phone ships with Android 6.0 Marshmallow on board but it will get updated to Android 7.0 Nougat eventually. The device is unlocked and is currently only available in gray, but it looks like the gold and silver color options will be in stock soon.

Run for the Deal

Word coming in is that Honor UK is looking testers in the United Kingdom to test the Honor 6x..If you have Forgotten the Honor 6x is the latest release of the Honor Family that was announced in October 2016, and is also know as the Mate 9 Lite in certain circles.

It Retails for 249 USD or  201 British Pounds and has the Following specs:

Five(5) Lucky fans will get the opportunity to test the Brand Spanking Phone but unfortunately, only one person will get to keep the Phone!! Seriously you can’t just let them keep the Phones.

Seriously Honor Don’t be such cheap skate with Phones!!